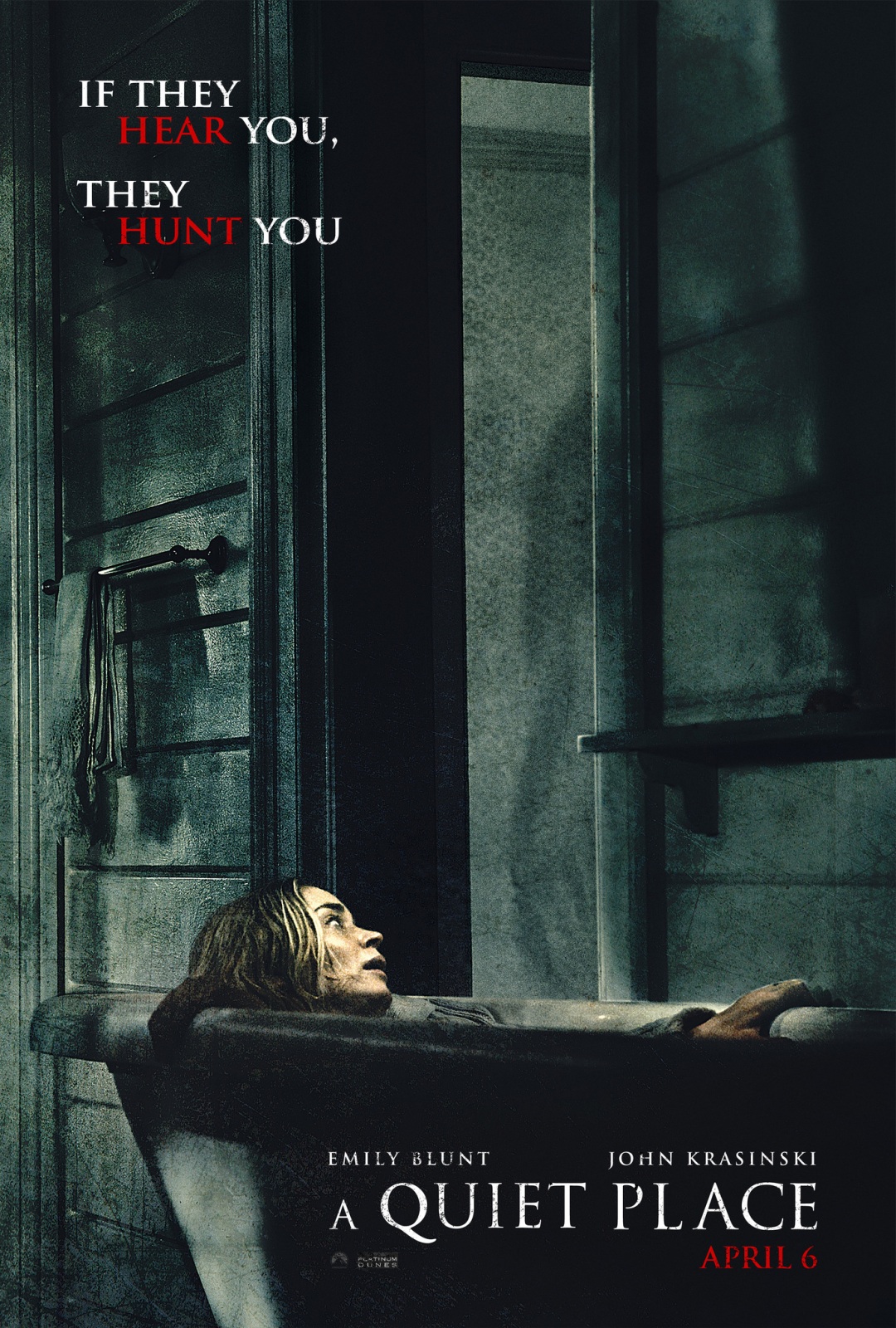 A Quiet Place Review, and Would I Buy It or Rent it. Spoilers…duh

To be honest with y’all, I’m not the biggest horror/thriller fan. By that I mean, I haven’t watch much of it at all, BUT I have decided to reach out and explore different genres of films. I decided to start with something slow. I decided to watch A Quiet Place. Written and directed by John Krasinski, A Quiet Place is more of a thriller than a horror film, but I thought it was a very unique way film. I’ve never watched a film so quiet, pun intended, and I loved the monsters in the movie. But how was A Quiet Place as a movie? Well you’re in luck, because today, that’s exactly what we’re going to do. So, did I enjoy the film? 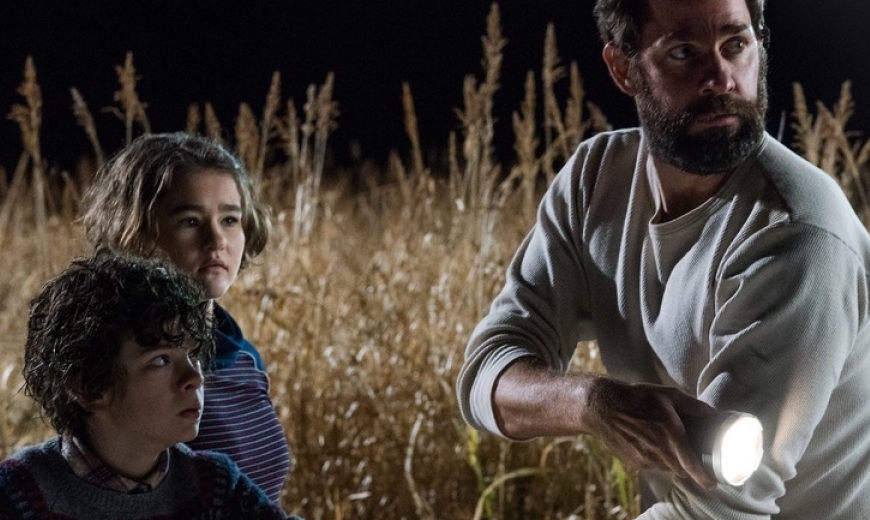 Yes. I loved it. The tension and the uniqueness that the film brought, I thought was outstanding. This is a great horror/thriller film to start out with. It’s not to scary for beginners, and it’s fun and intriguing enough for anyone who is wanting a film to remember. Every person, in the show is used perfectly, and they each shine in their own role. Lee Abbott (played by John Krasinski) is the caring, yet bold father figure for his kids. Speaking of his kids, these include Regan Abbott (Millicent Simmonds), Marcus Abbott (Noah Jupe), and Beau Abbott (Cade Woodward) who dies quickly to the monsters at the beginning of the film. We also can’t forget the mom, Evelyn Abbott (Emily Blunt). She plays an amazing role in the show, and is probably the biggest bad*** character in this show. Regan Abbot might be my favorite character in the film, though. My debate is between her and Evelyn Abbott, the mother. I also would like to mention that the entire family is speaking in sign language. This adds a whole other level to the film.

Regan is such an interesting character, who develops so much as the show goes on. Her actually being deaf, in the film and in real life, really helps the story line. Her sense of guilt of losing her younger brother, causes her to believe her father blames her for the incident. Just to clarify, Regan’s younger brother Beau, wants a toy. The toy, though, makes to much noise and the monsters will be able to hear it. The parents move on with their son, but Regan stays behind with her brother and takes out the batteries in toy. She then proceeds to give it to her brother. The sister gestures for him to come on and begins to move on. The brother looks at her and then grabs the batteries and puts them in the toy (a rocket). He catches up to the family. They’re about to cross a bridge, the dad is in front carry his other son. The boy then turns the rocket and it makes a loud noise. The father turns around and hear’s the monster (which can detect it’s prey by hearing not by sight). He runs towards his son, but doesn’t get there fast enough and the monster kill the kid. Over the film Regan blames herself for this tragedy, and believes that her father blames her too. She assumes that her father doesn’t love her anymore, when in reality, he does love her.

Over the course of the film, Evelyn gets pregnant, and in this film that’s a nightmare and a blessing. Blessing is you get a kid, but nightmare is babies make noise, and not only that, but delivering labor is loud too. Over the film they begin to make a sound proof bunker, that way the baby and the mother could be safe. Things don’t go to plan though. While Lee is teaching his son Marcus how to get fish for the family, Evelyn’s water breaks and she begins to go into labor. She begins to go down stairs when she steps on a nail. Now, I personally thought this was a little cheesy, but I felt like they made it work.

Of course when she steps on the nail, she yelps and throws the lantern she was holding to the floor. Noise.

She immediately tries to hide, knowing that the monsters would be on the way. Reagan, while this is all happening, is at the place where brother died. She’s sad and angry at her father for leaving her behind. This is very emotional part in the film, because so many things are happening at once: You got Lee and Marcus trying to get home, you got Evelyn trying not to die while giving birth, and you got Reagan who’s trying to get pass her younger brother’s death. This drives you, the watcher, to grow sympathy for all the characters, but fear also for them. Reagan is unaware that there’s any danger, and Lee and Marcus don’t know that Evelyn is in danger. 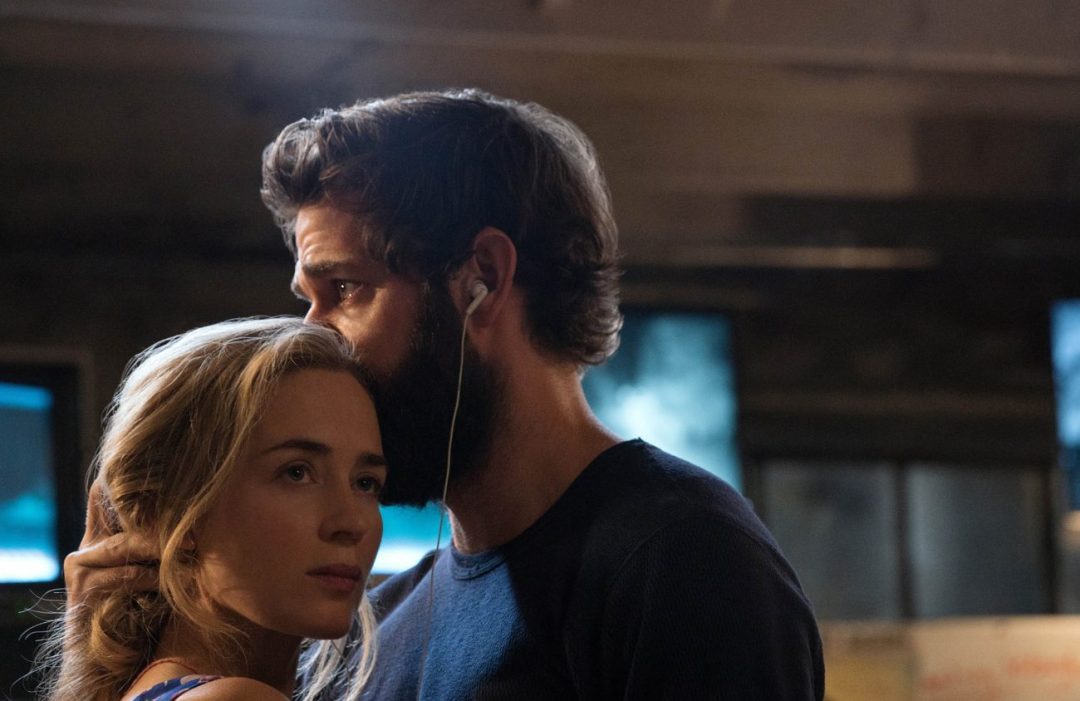 This next scene is probably the most intense scene. Evelyn turned on these lights that are red. This lets Lee know that she’s in trouble. She then goes and hides in a bathtub, where the baby begins to come. Meanwhile, Lee sees the lights and sends Marcus to go set off some fireworks they have. This will be a distraction, while Lee runs with a shotgun to save his wife. Evelyn can’t hold it in and begins to scream as she gives birth, but it doesn’t matter because that’s when the fireworks go off, and send the monsters chasing in the direction of the noise.

When Lee arrives in the bathroom, all he sees is blood in the bathtub. He believes that his wife is dead when her hand, dramatically, slams against a glass door with blood. He takes her to the sound proof room they have, with their new born child. Isn’t Evelyn a bad***? She delivered a baby, by herself in a horrible situation, but this isn’t why she’s probably my favorite.

While all this is happening Marcus is waiting for his dad, and Reagan eventually finds Marcus. Marcus wants to wait for their dad, but Reagan doesn’t believe he’ll come. Marcus accidentally falls into the grain asylum, and Reagan goes in after him. This makes a lot of noise, and the monster comes after him. This scene is mainly important because it’s the first time we see the monster get hurt. Lee has been trying to make hearing aids for his daughter, but they all have been failing. When Reagan turns it on, the sound is so high it hurts the creature. It also hurts Reagan too, so she turns it off, but the creature goes away. 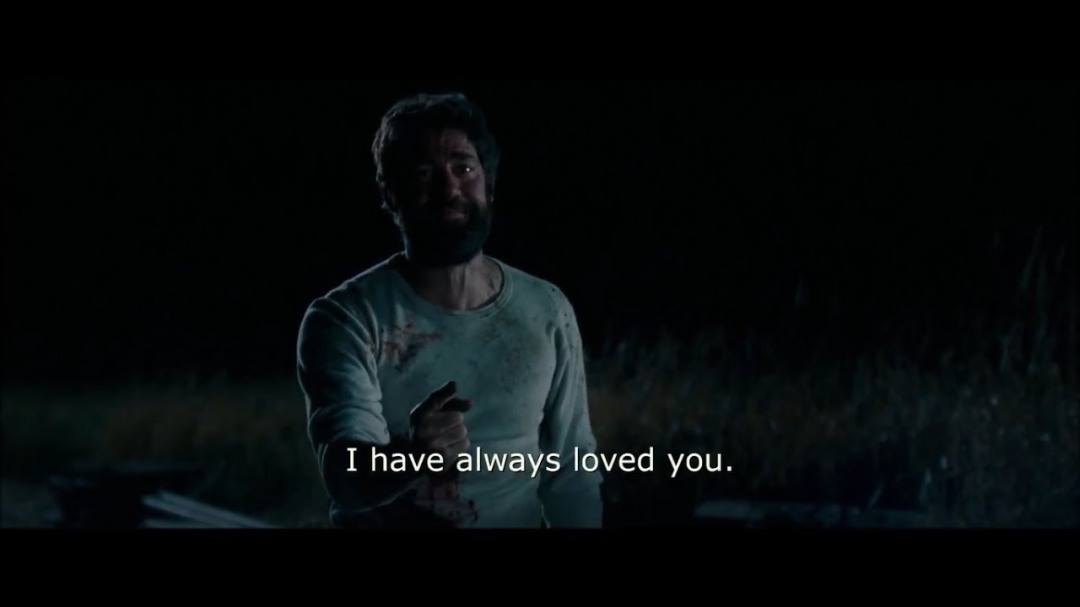 Over time Reagan and Marcus find their Dad, but the sound proof room that Evelyn and the newborn are in, was flooded. She escapes the room though and hides with the baby. Lee finds the kids, but the monsters begin to catch up with them. The kids go into an old truck, and Lee tries to fight the monster. The monster attacks Lee and gets him in the ribs. Lee falls to the ground. Marcus shouts out,

This draws the monster to go towards the truck. It begins to start attacking the truck, thinking it’s making the noise. Reagan turns on her hearing aid for a few seconds, but is to painful and turns it off. Lee, being the bad*** he is, stands up and looks at his kids, and tells them, through ASL, that he loves them. He then screams at the top of his lungs, drawing the monster away from the car. Marcus puts the truck in neutral and it begins to roll away. The monster attacks and kills Lee. This moment was probably my second favorite part in the film. I mean it’s horrible that Lee dies, but it’s his last act as the father and man of the house. It’s him showing his kids how much he loves them. 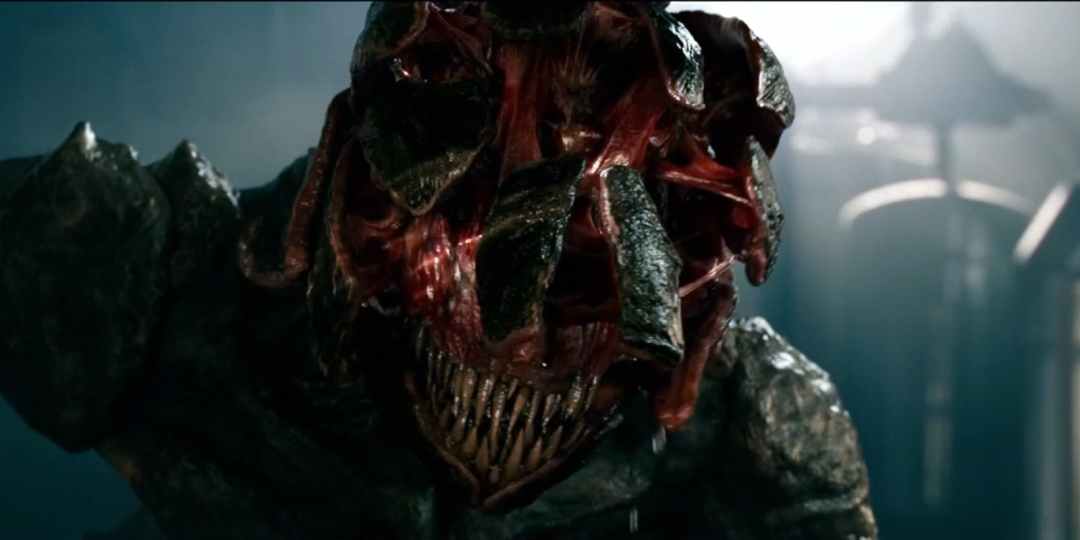 Now, I would like to take a second, and talk about the monsters. The monsters are amazingly design and they kinda remind me of the one’s in the Netflix Original film Stranger Things. I love this monster and I love the flaps it has on it’s head. This makes it unique and interesting to look at. I want to thank the cast for letting us see the entire creature. Some films don’t let you see the entire monster until the end and I was very happy that this wasn’t the case. I loved the monster in this film.

Finally, the kids get to their mother, and they’re hiding in the basement. Marcus is holding the baby while Evelyn picks up the shotgun. Reagan looks around and sees that her father’s failed attempts with her hearing aids. She realizes that he did love her, and this is a heart wrenching moment in the film. The monster then enters the room, and Marcus is trying to keep the baby quiet. Evelyn is getting ready to shoot the monster in the head, but she waits. The tv’s in the room make static noise and the monster begins to attack it, while this is happen Reagan finally realizes the connection between the hearing aid and the monster and turns it up. The monster begins to shake and thrash. The flaps on it’s head the protect it begin to open out of pain. This allows Evelyn to shoot the beast in the face, killing it. She looks at Reagan, and this is a moment that we finally see in their eyes: Hope. She looks at the camera that are set around the farm. Two more creatures are running towards the basement. She looks at Reagan with a smile, and cocks the shotgun. The end. 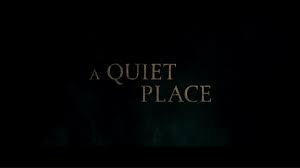 I love this film. I think the ending was amazing and fitting. It’s a loving father and mother doing their best to protect their kids. This is a film that might even make you cry. The children actors were incredible, and John Krasinski was great too. Of course we can’t leave out Emily Blunt and her amazing acting. The scene where she’s in the bathtub, apparently only took one shot. It’s incredible. I did think it was a little slow, for my taste in the beginning, but in the end, I loved it.

Now the big question: would I buy it? Yes. Definitely, I think this film is amazing, and should be watched regularly. The monsters are incredible, the people are amazing, and the actors are stunning. I would like to give thanks to John Krasinski for finally breaking away from his role as Jim from the show The Office and letting me see a different side of the actor. Thank you, for reading! Stay tuned, with more and more posts.

2 thoughts on “A Quiet Place Review, and Would I Buy It or Rent it. Spoilers…duh”