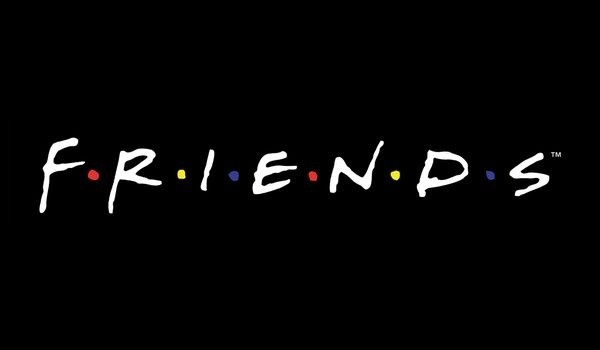 Friends is one of my favorite shows. Sitcoms, drama, action-based, etc.. Now this post isn’t just a review, but it’s a love-note. This show has gotten me through some rough times, and this is kinda like my love-letter to Friends.

This show is amazing for more than it’s humor, but it’s characters. Each character adds a different spark to the flame to the show. It creates a sense of welcome and belonging to almost anyone who watches it. This show makes a relatable feeling. They’re just like normal people, going through life. Even though somethings are a little unbelievable and that would never happen in real life. So, tonight I’m going to explain my favorite characters in the show and why. Here we go!

Ross Geller is at the bottom of my list for one simple reason. He complains to much for my personal taste. He does have some hilarious moments in the show, maybe even some of the best parts. Ross creates a funny yet childish part to the show. His on and off thing with Rachel creates a funny and dynamic part of the show that is one of the most noticeable characteristics of the show itself. Some people may say it got old, but I enjoyed it. In some shows, like the Community, they mention the relationship between Ross and Rachel. Though he’s not my favorite character, Ross is a character that makes it what it is.

Now, I know that y’all probably didn’t that Gunther would be on my list, but I love Gunther. I think he’s one of the best side characters in the show. Which is a big thing to say. There are several side characters in the show: David, Tag, Jill Green, etc. Gunther’s obsession with Rachel is a funny part of Gunther’s character, that makes him what he is. I put him in spot six because of this line above us, “..as my lover.” Little creepy, but it’s a hilarious moment for the show, and Gunther’s character.

I had a hard time doing this to Rachel, placing her at five. I wanted to make her number four or three, but I love them all so much. Rachel’s character is hilarious. She goes from being the rich girl, to the girlfriend of Ross, to the bitter self-confident woman. Her character shines through the darkness of her break-up(s) with Ross. Rachel’s characteristics help craft the show in it’s wonderful design. Rachel’s friendship with Monica is lovely. Their friendship lasted until the very end of the show, and her daughter, Emma, has a light fluff to the show, and makes Rachel grow up from the reckless girl to a more responsible adult. Rachel by the end of the show is completely different, than when she started. Rachel is a lovely character that makes the show what it is.

Monica is one of those characters where she was so close to becoming my favorite. These next four characters are all so close together that it was nearly impossible to figure out where I was gonna put each of them. Courntey Cox does a great portrayal of Monica Geller. Monica’s obsession for keeping things clean, and her need for control makes her one of the funniest characters on the show. Her love life with Chandler creates and interesting part of the show, that at first I wasn’t sure about, but at the end I was satisfied and happy with the results. Their desire for children and wanting to adopt is precious, and when they find Erica and they get picked for the adoption, not only do you feel a sense of happiness for the two, but your left with this exciting feeling for the happy two. The show definitely wouldn’t be what it is with Monica Geller. Starting as a the roommate for Rachel, and then the wife of Chandler, Monica’s life effects the cast of Friends greatly.

Phoebe, dear Phoebe. Her character has some of the funniest parts of any show I’ve ever seen. Her humor and the way her character acts seem to be just some of the funniest stuff ever. Phoebe’s add-ons are hilarious too. Her song Smelly Cat, how’s she always saying, “Get a room.”, how she believes in Santa Clause, and more. She makes her audiences laugh by acting so naive, yet also all knowing. Her character is unique with her not being related or gone to college with anyone else, she uses things like that to her advantage. Phoebe will always hold a spot in my heart.

Chandler. Chandler, Chandler, Chandler. The comic relief character of the show, Chandler Bing is probably arguable the funniest character in Friends. His humor is was what makes the show what it is. The type of humor at the beginning of the show that he has, differs from the end of the show. I still enjoy his humor no matter what, but Chandler was actually my favorite character on the show. But the person who’s number one I feel like actually came out stronger in the end, by just a little. Chandler dating Monica was also a great addition. His humor, with her obsession to make things clean is amazing. The mixture of the two make them even stronger. Matthew Perry’s interpretation of Chandler Bing in spot on, and I think no one will ever be able to do it any better.

My favorite character in all of Friends is Joey Tribbiani. Mat LeBlanc’s portrayal of Joey, is amazing. The humor and dumbness of Joey is amazing. I love Joey as a character. The acting career never got old, and his role on Days of Our Lives is gorgeous. Joey Tribbiani is one of the greatest characters of all time, and of course his most famous line is, “How you doing?”(As seen above). His love of food and sex is hilarious, and how he can never choose which one he would want more is awesome. There’s one episode that I think sums up Joey perfectly: Season 3, Episode 7, “The Race Car Bed.” In the beginning of this episode, Ross is talking about something that the group doesn’t really care about. The camera moves to each person, and then lets us here what their thinking. When the camera falls on Joey, however, all we here is him humming. I feel like this is what Joey is doing all the time. He’s just humming in his head, and not listening to the world. Joey Tribbiani is an amazing character, and is one of the funniest, most well played, and creative characters I’ve ever seen.

Friends is an awesome show and I’m thrilled to create a post about it. It’s one of my favorite shows ever! If it’s not already my favorite. The show is hilarious and kinda relate able. Of all the sitcoms I’ve watched, Friends is my favorite. Thanks for reading and check out that Janice post! Until next time!