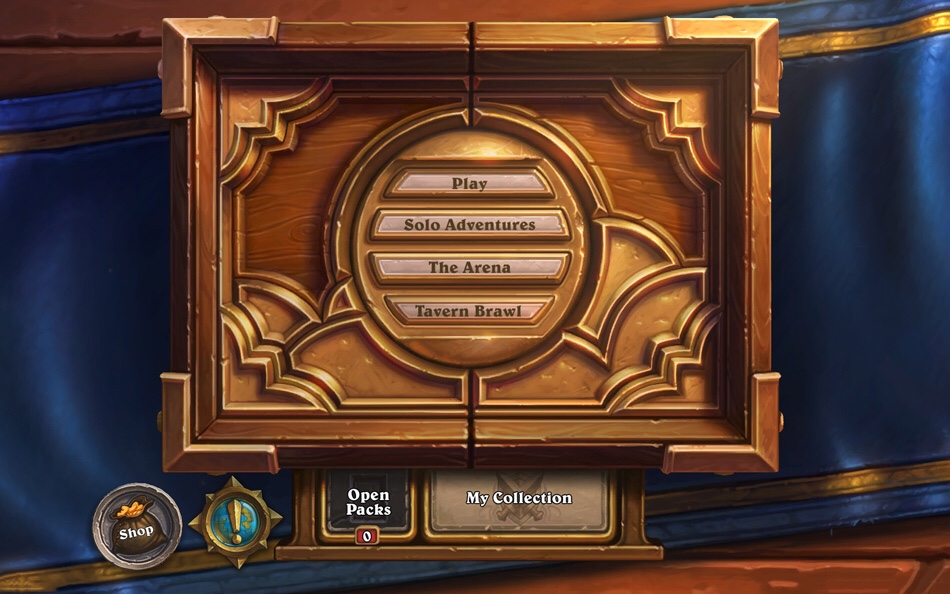 What is Arena? I’m glad you asked. Hearthstone’s Arena is another game mode. It’s not a single player mode like Dungeon Run or Puzzle Lab, but a different multi-player mode. Arena is where you make your deck out of random cards. How it works is you pay either $2.00 or 150 gold, and this let’s you enter Arena. Once you pay, it gives you the option of three heroes. Now, there are nine hero classes in Hearthstone, but it randomly give you three options. You must pick one.

Now, choosing your hero is an important because certain heroes are better in arena. Right now, on October 12, 2018, most people would say that Druid is stronger than Arena than Shaman. This is because, Druid has typically better cards that coincide together better. We’ll get in more detail about this later.

So you chose your hero, and now it’s time to make your deck. The Arena scrambles different cards and gives you three options. You must pick one card. That card is added to your deck and then it gives you three other cards to choose from. These cards are random, but Blizzard has programmed Arena to give you three cards that are of, around, equal power. One might be an epic and the other two could be rare cards. You might have a rare and two commons, but if you get the option for a legendary, which is rare, then all your options will be legendary. See the pic below. As you can see, the options above are all rare. You can see your decks to the right, and below is a graph of your mana cost. This shows that how many specific cost cards you have in your deck. In the picture above, it shows that there are more two cost cards than any other cost card in this deck.

Once you make your deck, you get to fight the players! When you fight against other players, you get to fight someone who has the same amount of wins as you do. When you win twelve games you get a huge reward, but after three losses, you lose and you get a less reward. Most of the times, you will get at least a pack, and something else. This could include a card, some dust, or gold.

This reward is probably if you won around two to three times. This kind of gameplay is what makes Arena fun. How many times can you win with a weird deck? Increase your skill and knowledge of other cards. Several professional Hearthstone players only play Hearthstone for Arena. Because Arena keeps you on your toes and interesting.

Arena is a wonderful part of Hearthstone, and it keeps it lively. The thrill and challenge of Arena makes it a delight to play. Every class is different and makes the experience interesting, and who knows what’ll happen. If you usually don’t like Rogue and you played Rogue in arena maybe you’ll want to play it in Standard or Wild Format. You never know what’s going to happen, and I hope you all get to enjoy the experience of Hearthstone’s Arena. Talk to y’all later!

One thought on “Hearthstone Arena”