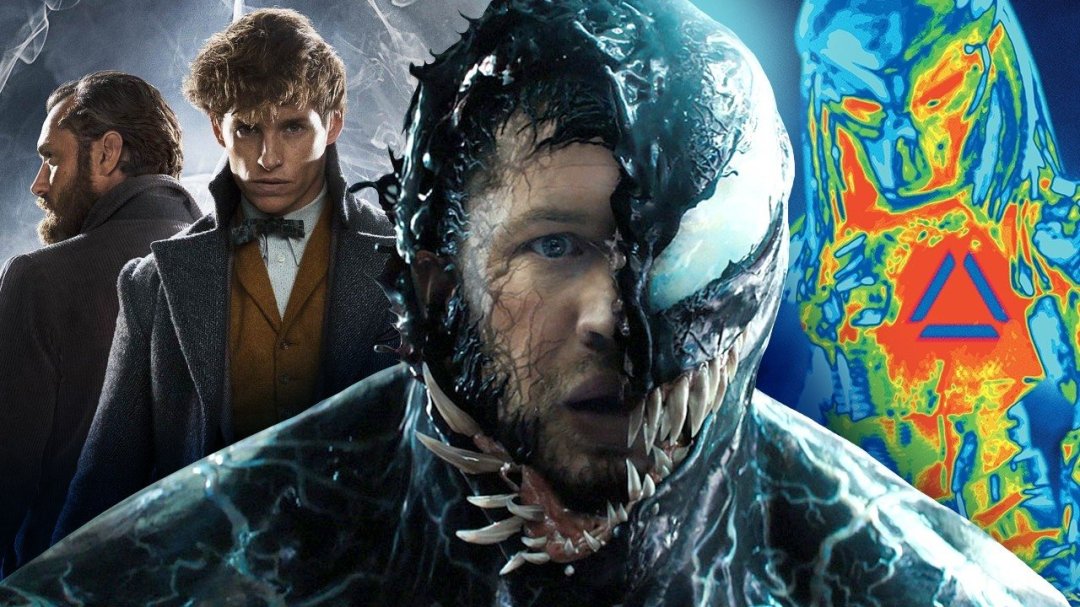 Every year, we get a new series of movies that arrive. All kinds of movies will be arriving towards 2019, and I’m sure most of them will do a good job. Of course, it’s always good to have a movie that sucks. This way you can appreciate the great movies.

Today, we’ll be counting down the top ten movies I’m excited for in 2019.

Why? Because, you can never over appreciate movies. Movies are amazing, and they must be judged!

I’m going to rank these movies from least excited, to most excited for. At the end of the post, I’ll select a movie for 2019 that I think may be the biggest one. With all this in mind, let’s get started!

Everyone loves the POKÉMON world, and if you don’t than you may leave this site! POKÉMON is probably, one of the most imaginative universe, game, and show ever to be invented. Nintendo out did themselves, and to have a Pikachu movie is going to be awesome. Plus, having Ryan Reynolds star as Pickachu is amazing!

This movie I’m excited for because I love the POKÉMON world. I hope that they do the movie justice. The reason why it’s number ten on my list, is because there are so many movies I’m excited about.

9. How to Train Your Dragon: The Hidden World

How to Train Your Dragon has been around for a little while now. Since 2010, this franchise has been going on. It’s hard creating a trilogy, where all the movies are good. I loved the first one, the second one was unique, and the third one looks just as interesting.

I’m excited to watch this movie. It looks like it can live up to the hype, and I hope it does. Having Toothless finally find a love interest is going to be funny to watch.

However, I’ve gotten access to watch this movie twenty days early! I’ll be watching this movie on February 2, 2019, and I’ll be sure to post about it as soon as possible.

SHAZAM! Shazam, also known as Captain Marvel, is one of the most unique superheroes in the DC universe I have ever seen. His ability to transform into an adult that has superpowers is actually really smart. This film looks hilarious, and since Aquaman, people are hoping that the future DC movies won’t…well, suck.

We don’t want another Batman v. Superman incident to happen again. This movie looks funny and interesting. Connected to the DCEU, I’m hoping that Shazam does a good job introducing himself to the franchise.

Hellboy is amazing. As one of the coolest characters I’ve ever seen I’m excited to see new movie coming out in 2019. I hope they do the old one justice and create a character that is hilarious yet fierce.

This movie looks like it’s going to get a lot of humor in it, and I love it when they throw humor into superhero films. We’ve learned from Batman v. Superman that brooding around all day doesn’t make a good movie. Hellboy looks like it introduces thrill, laughter, and excitement all into one movie. This movie looks great.

Joker. Oh, Joker. Probably my favorite villain, and one of the most iconic villains, the Joker is a legend. His maniacal laugh draws you in, the makeup on his face catches you off guard, and his lovely insane mind creates a villain that we all love. The Joker has been played by many actors. Probably known for giving the best performance of the Joker, was Heath Ledger.

Heath Ledger’s performance of the Joker, was considered one of the best. He played the Joker in The Dark Knight movie. His wonderful and psychopathic portrayal of the Joker left tough shoes for Joequin Phoenix to fill. Joequin Phoenix will be playing the Joker in the character’s first stand alone film. I hope it’s good. Oh, DC has said that the Joker movie will not be apart of the DCEU.

Although they try to hide, it’s very clear the John Wick is a superhero. John Wick is one of the coolest characters ever invented. John Wick 1 introduced us to him and the terror he could unleash. John Wick 2 showed us how many people he can kill. John Wick 3 looks like it’s no exception in the crazy yet amazing ride of the John Wick franchise.

With the entire city having a bounty on his head, John Wick must fight his way though assassins, mercenaries, and more. We’ll see how the movie turns out, but I think it’s going to be awesome.

Now, we don’t have a trailer, yet, for the next star wars film. Episode IX will continue the journey of Rey and Kylo Ren. The Resistance and the First Order. The dark side of the force and the good side. Who will win?

Well, we’re all expecting the Resistance to win, but this franchise may take a completely different turn. So far, it looks like they’re copying the original Star Wars films: Force Awakens and A New Hope, Last Jedi and The Empire Strikes Back. When the trailer comes out we’ll see what we’re in store for. I think Disney still has a chance to do a good job with the Star Wars franchise. We’ll see what happens.

Captain Marvel. Oh, my. The last film by Marvel Studios to be released until the next Avengers movie. We’re all excited to see how Captain Marvel will contribute to the final fight against Thanos.

Check out my post on the Captain Marvel trailer!

Captain Marvel is one of the most powerful Avengers/comic book heroes ever! She may be the most powerful Avenger. Samuel L. Jackson once said that she was one of the few characters in the MCU to be able to time travel. So we’ll see what she brings to the table, but I’m also excited to see her separate from Avenger Endgame. I believe that her movie is going to be fun, interesting, and going to be similar to Wonder Woman in the sense that it’s going to be a great movie to inspire women.

Spider-Man Far From Home, has got me hyped. I think it has the potential to be the best Spider-Man movie. With Nick Fury, Mysterio, and all the new suits, I think this movie is going to be epic. Plus, we’re starting to see Mary Jane start to come out and the relationship between her and Peter begin to bloom.

Check out my post on the Spider-Man: Far From Home trailer!

I also believe that this movie is going to do a lot with preparing the MCU for the radical changes that are approaching. The Fox and Disney merger, the fourth phase in the MCU, and of course the end events of Endgame. This movie will be the first one coming out where all that is going to be happening. This could potentially set up something for Fantastic Four or Wolverine. Even Deadpool could be teased here. I’m stoked to see how it’s going to work out.

Check out my post on the Disney and Fox merger!

Here are some movies I’m also excited about.. Here is the list of movies I’m excited for:

They all look good and exciting, although Hellboy I’m probably most excited for on this list.

My final pick of the day, is going to be Avengers: Endgame. Since I watch Infinity War, I’ve been CRAZY excited to watch Avengers 4. These two movies are something I’ve been waiting to watch for a long time, and although I believe that this movie is going to bring a bitter taste to my mouth at the end, I think it’s something we’re all going to need. By bitter sweet I mean, this will be Chris Evans last time playing Captain America. SOMEONE IS GOING TO DIE!

Check out my theory on Captain America’s mission for Endgame!

Who that person is (Iron Man) we don’t know, but things will not be the same after Avengers: Endgame. Thanos won. He did the snap, but how will the heroes defeat him??

We’ll have to watch the movie to see what’s going to happen, but until than, we can only scheme, laugh, and follow the rumors. I can’t wait to watch Avengers: Endgame.

Avengers: Endgame will be released on the legendary date on April 26, 2019. Below is the trailer.

I’m excited for all of these movies. It’s just that the Avengers have had my heart for a very long time. Since 2011 and I watched Thor and then Captain America: First Avenger. I remember going to the movie theater and watching the first Avengers movie. Watching Avengers: Assemble got me all over this franchise, and seeing the Avengers end like this, has me on my knees.

I’m excited about all the films though. Each movie is going to be special and is going to have a soft spot in my heart.

Check out all my movie/tv posts for more movie information!

Well, there you go guys! Have a good 2019, and happy movie watching!